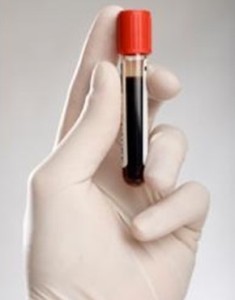 A 44 year old man dies suddenly after a night of “partying.” The coroner has made her evaluation but declined to perform an autopsy. The two sons request an independent autopsy, which you perform. The body is thin, but well nourished. There is no evidence of trauma and the autopsy exam is entirely normal. You save some blood for toxicology, even though the family has not requested testing.

Afterwards, you meet with the sons. They explain that their father was drinking beer and doing “shots” of hard liquor, but wasn’t really “that drunk.” You talk though the pluses and minuses of testing the blood for alcohol: the sons already know their father was drinking, so the test wouldn’t add that; but the test might give a clearer sense of how much alcohol was “in the system.” The sons don’t want any toxicology testing, saying they know “how hard” their father partied.

Suddenly, they turn to one another, whisper, and then turn back. “Oh, yeah, our father also ….”

Which of these disclosures would help in this case?

a. Had high blood pressure
b. Was depressed and took the antidepressant Zoloft
c. Did cocaine
d. Had a serious family history of high cholesterol
e. Just started taking Coumadin (blood thinner) for a problem with his heart rhythm.

Stay tuned next month for a discussion of the case.

It would help to know that the father used cocaine (choice c.). Cocaine can cause spasm (clamping down) of normal coronary arteries, block blood flow in the artery and cause a heart attack that way. It could certainly have caused the death.

It may also help to know if the father had an abnormal rhythm (choice e.). That might be explored more to see in what way the abnormal rhythm might have been a risk factor for sudden death.

Coumadin is a risk factor for bleeding into the head — but you performed the case and there was no bleeding. So the part of option e. that is helpful is the mention of an abnormal heart rhythm, not the use of Coumadin.

High blood pressure is a risk factor for a large heart and an abnormal rhythm — but you performed the case and the heart was normal.

Zoloft is not commonly a drug that causes overdose.