Live Stream Autopsy in the Time of Fake News 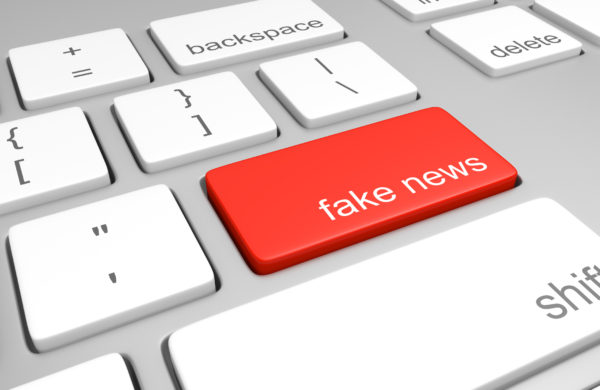 There’s nothing more real than an image of an autopsy. You’d think. Not in the time of fake news.

We started live streaming autopsies in 2017 to hundreds of thousands of viewers (our first drew in over a million). Family consent beforehand and maintaining patient confidentiality during the case are, of course, requirements. We have an open Q & A during the case where I talk with viewers and answer questions. The videos are left up after the case and more Q & A rolls in, for later discussion. It’s been a phenomenon for us.

To sort it through, I pay attention to where our viewers lead us. Sure, we get our share of horror fans and, shall I say, worse? Our videos, I’m told, have found their way into a “serial killer” site. I’m not sure what that means. I’m hoping it’s for people CSI-curious about criminals…not a club for serial killers. And, through Google’s truth-outing, I’ve recently seen that we’re now up on a site called Cute Dead Guys — it is what it sounds like. I only know because of brief descriptors out there. I have not (and will not) be seeking the password access that tens of thousands have. To get personal, many of you who know me will have discovered the shocking truth that I don’t like horror movies or watch CSI. When I’m not doing autopsies, it’s Toy Story and Moana (“See the light where the sky meets the sea, It calls me, And no one knows how far it goes…”). Ahh, Disney. But I believe passionately in compassionate education about death, dying, health and the body. So I do what I do. It’s a balance.

On a more tame scale, our viewers have a fascination with death. Our social media serves an important normalizing function there. Our comment section on Facebook is filled with statements like “I watch all your videos. I love them. My boyfriend thinks I’m a weirdo.” And then a stranger replies: “I love them, too.” And so friends are made and it becomes ok to be interested and to learn. We work for that comfort on our site. It’s a place for people to feel comfortable with themselves and the topic. I explore and understand the body after death to help the family with closure. The autopsy is an intimate medical procedure. We design the Facebook page to highlight respect for the process and for our families. But we see the struggle with taboo in our culture that makes it so hard for people to be ok with wanting to know.

Next seems to be the largest group of our viewers: one that simply has a huge need for knowledge. Seeing the inside of the body is educational. Many comments reflect this: “I didn’t know fat was yellow.” “The skull is so thick.” “That’s where the pituitary is — no wonder they talk about some tumors being ‘inoperable’.” Many people aren’t exposed or educated about what’s on the inside. We show that. It fills a need.

And then, we have our share of professionals — nurses, paramedics, funeral directors and a variety of students. “Better than a textbook” is a theme. Stay tuned for “augmented reality.”

So that’s an encapsulation of who views us. It’s a simplification — we get moms who watch with their 3-year-old; one who watches to relax before going to sleep, and others. We think carefully about what happens to the material once we put it out there and consider how we should make it available. But we believe in education and keep our “graphic warning” front and center for our videos. The idea is not to shock, but to educate for those interested.

Now onto our place in the time of fake news. I wonder if one of our draws is simply that we are real — if that brings in a good number of our 23K Facebook followers. We are real but not a “reality show.” With the near-impossibility finding the truth on-line these days, I’m wondering if we become a place for that. In addition, we foster trust by talking without taboo. Our discussions cover death, dying, the body, nudity, health care, social media issues and the truth itself. Our Facebook page is modeled after the meaning of autopsy, “to see for one’s self.”

Let me add another phenomenon from our page. We have many people asking if the person in the video is dead. How can that be? We are removing a brain. This person in the video cannot be alive. The answer is complicated. In part, it’s the shock and surprise of seeing the procedure on-line. We’re not used to seeing autopsies. We’re used to surgeries — health care for the living — so it’s an adjustment. Another reason has to do with a deeper psychological readiness to understand “dead.” Like children developmentally, not all adults are there. It can take some processing. I get why people ask. And lastly, as one insightful Facebook fan commented — thinking of the person as alive is just easier. It can be psychologically stressful to be faced with full-on “dead.”

Only rarely do we have anyone call out our work fake. I have seen it only twice in closely reviewing thousands of comments. One person commented on Facebook that the fat looked fake — this was easily explained because there is no bleeding in an autopsy (since the heart stops circulating blood). So the fat sits there as a bright yellow plasticky-looking layer. The second comment, from YouTube was more direct: “Clearly fake. Pasta. Props on the special effects”[sic].

The draw to our page, value to our viewers for the education, the struggle some have with “understanding dead” and occasional call-outs of Fake! point to one thing: a person’s psychological readiness for the truth determines what they look for and can accept. I suspect this is true in the media in general. We should have compassion for people who need fake news. They must have some deep limitation as to what they can handle from the daily, painful reality that bombards and overwhelms us in the media. (This, of course, does not mean we should tolerate efforts to undermine the truth.) On the flip side, those fighting to access the truth — or place to say a five-minute autopsy video is of interest — show courage. Fake news is a broad cultural expression of psychological stress in the face of reality.

Autopsy Center is here to develop a place for those ready (or who can be ready) for the truth. One of the things we are doing at the Center is developing our high school program, Live from the Morgue. Schools from across the country can join us simultaneously during one of our video-educational sessions. We’re developing our school-to-school shared experiences specifically with an eye to breaking barriers at an early age.

Join us when you’re ready and if you’re interested. We’re here to share the truth. To our pasta-commenter from YouTube. No, not fake, not pasta, not special effects. Real. The human body. Props on how beautiful life has made us.